On this year’s SLICK art fair at booth no. 16 in Paris we present artworks of five artists:

The young women Anna Borowy paints are physically slight and somewhat unkempt, yet they effuse intense autonomy. And though they are steeped in precious vegetation, potent sexuality, and hints of mythology, Borowy’s portraits are startlingly grounded in this century.

Abundant arrangements of flowers and natural motifs, shiny plastic parts, snippets of images from glossy magazines and rudimentary remains of industrial products – these are some of the sensual, sometimes sinister and morbid components in the paintings of Grigori Dor.

The mixed media artworks of Tanja Selzer resemble snapshots of a dream, enchanted and unreal. Seemingly incoherent motifs are combined by the artist as a sequence of an ecstatic and dream-like plot, reflecting everyday sceneries, but continuously evading mere causality.

The sculptures of Ulla Reiter are influenced by cartoon characters and the world of consumption together with a love of experimentation, Ulla Reiter puts into shape impressing mystique sculptures out of the unconventional material of foam.

The paintings of the Italian artist Dario Puggioni impressingly hold features of classical artworks, serving Puggioni as a basis and contrast to technically strip his pictorial material of the real and to regroup the substance of his motifs in a completely modern way. 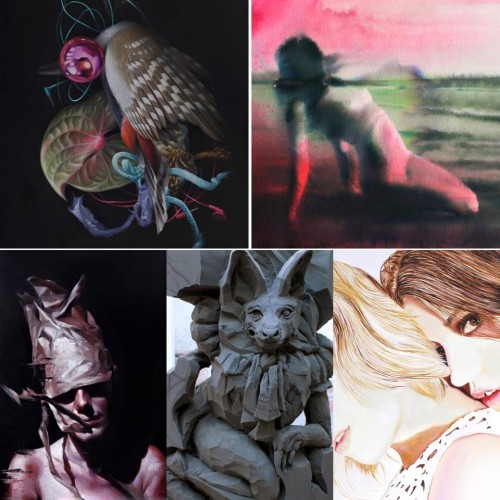 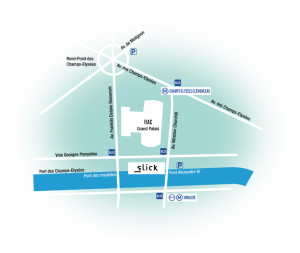 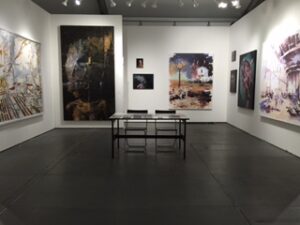 Visitors may reach the fair by a scenic walking route along the Rhine, or by SCOPE Basel’s complimentary shuttle service in-between the fair and Art Basel, Liste and VOLTA11.

BASEL, SWITZERLAND: Celebrating nine years in Basel, SCOPE Art Show returns to its pioneering location in Klybeckquai. A wellspring of cultural development for Basel Stadt, SCOPE is the initiator of extraordinary happenings centered on the New Arts District on the Rhine, including the founding of a world class Art & Culture Hall.

Following its tremendous success in Miami, SCOPE is honored to present the second edition of Feature | Korea, in collaboration with the Galleries Association of Korea. Sponsored by the Korea Ministry of Culture, Sports and Tourism, this curated section offers a glimpse at the current art trends in Korea and shines new light on the country’s contemporary cultural practice.