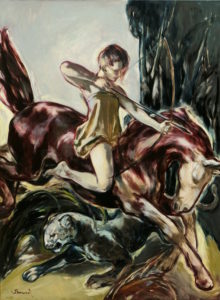 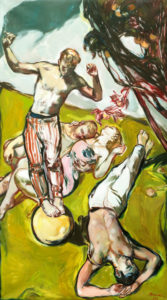 Martin Stommel was born in 1969. From 1994 to 1997 Stommel first studied at the State Academy of Arts in Munich with professor Bernhard Weißhaar. In 1998 he changed to the University of Arts, Berlin (HdK) with Klaus Fußmann.

Since the 2000s the paintings of Martin Stommel have been shown in numerous exhibitions, among others in the Lehmbruck Museum, Kallmann Museum, Museum Ch. Zander, Museum am Dom Trier, Stadtmuseum Bonn. Further exhibitions took place in the Théâtre Princesse Grace (Monaco), the Lew Kopelew Forum (Cologne), the Katholische Akademie in Bayern (Munich) and at the Venice Biennial (European Cultural Center).